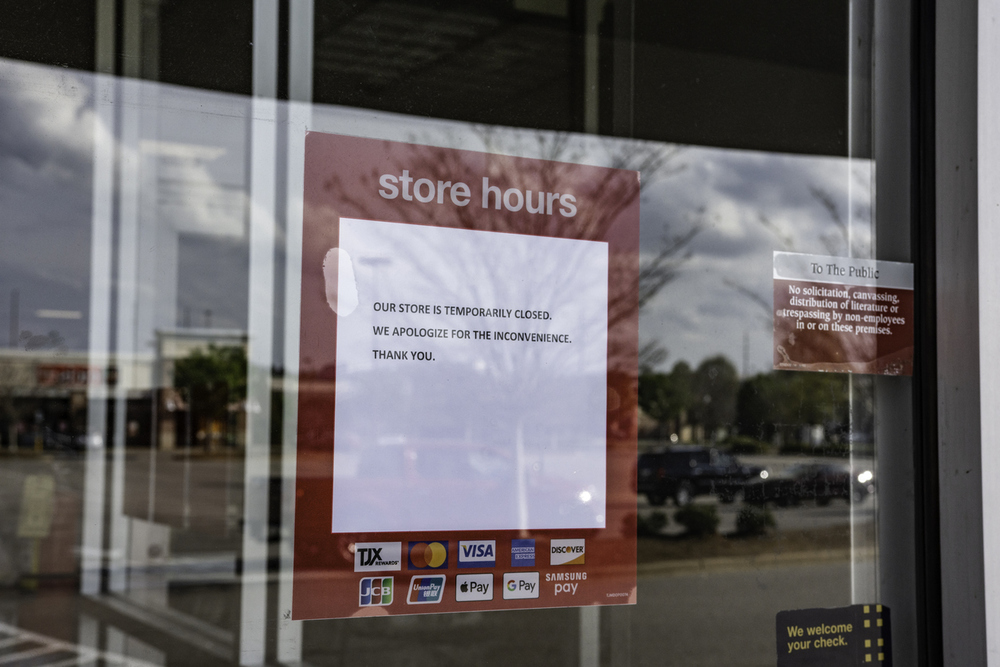 As the calls to reopen Alabama’s economy intensify, businesses have begun to consider the steps they will have to take to operate in what could be an entirely new world of commerce.

On Friday, Lt. Governor Will Ainsworth and State Rep. Danny Garrett (R-Trussville) set forth their Reopening Alabama Responsibly Plan which called for an immediate opening of many of the state’s businesses under a variety of safety requirements.

Opening back up is already in motion for other Southern states.

In South Carolina, Governor Henry McMaster is reopening the state’s beaches and many retail establishments on Tuesday. Texas Governor Greg Abbott has reopened state parks and will allow retail stores to begin operating on a limited basis this Friday.

In their plan, Ainsworth and Garrett proposed an extensive list of practices for businesses which included social distancing, sanitizing and health monitoring.

While uncertainty exists as to what requirements Governor Kay Ivey and State Health Officer Scott Harris will ultimately put in place, businesses need to be prepared to operate in a much different manner.

Doug Kauffman practices in labor and employment law as a partner at Balch & Bingham in Birmingham. He has been actively advising business clients on preparation for reopening post-lockdown.

In a recent conversation with Yellowhammer News, Kauffman said all of his clients are accepting of the fact that things will have to be different in the workplace for quite a while.

“I have not talked to a single business that feels like May 1, or whatever day we’re dealing with, will be exactly back to the way it was before we left the office,” he said. “I think everyone is anticipating there to be fairly significant differences.”

In preparing their plan, Ainsworth and Garrett’s committee surveyed more than 300 businesses on how they planned to protect their employees and their customers and the steps they would take to prevent the spread of coronavirus (COVID-19).

Kauffman believes businesses need to carefully consider how they deal with employees based on what he sees as four categories: those who have recovered from COVID-19, those who are healthy but anxious about returning, employees identified as high-risk and then people who want to return to work but have a practical difficulty such as childcare.

“The first thing is to advise employers to be thinking about what they are going to be doing with those various categories of people,” he explained. “Who are we going to accommodate or leave home based on those categories?”

That is only the beginning of the process for employers, according to Kauffman.

“Then the other issues have to do with precautions and screening,” he explained. “Obviously, social distancing will still be around. As far as facial coverings go, will businesses have to provide them? Are we going to allow people to wear them? The predominant thought there is to allow people to bring in their own facial coverings unless you are able to provide them for everyone, and I don’t think that’s going to happen.”

In their plan, Ainsworth and Garrett have proposed a requirement that employees of businesses that provide close contact services all wear personal protective equipment (PPE).

“If a hair salon says they are going to wear face masks and gloves, and they can’t get them, then they can’t operate,” Garrett said.

This is why Kauffman has been providing counsel based on the unique needs of each business.

“It really depends on the nature of the business, and it has to be tailored specifically,” he advised. “Unless we get some black and white rules that say, ‘You have to do this and do that,’ then it is going to be trying to operate more in the practical world than the legal world.”

He used the example of a production facility where social distancing is probably not practical. In those cases, he pointed out that other precautions such as facial coverings may become a solution.

And, yet, such a requirement is not without some complication.

“There are some regulatory issues with that if you start requiring something and it becomes PPE under OSHA,” said Kauffman. “You have to decide whether you want to require it, encourage it, recommend it, provide it or allow them to bring it in.”

Things could get even more complicated for employers who engage in screening and testing.

“It basically says you can take employee temperatures,” he outlined. “Which doing any type of a medical exam in the normal world, outside of a pandemic, would not be allowed. You could not just go up to someone who is asymptomatic and take a temperature. They said you can take temperatures, and you can also ask medical questions of employees that you otherwise would not be able to do, outside of a pandemic, such as ‘Are you experiencing certain symptoms?'”

Advanced COVID-19 testing capabilities would add an even more complicated layer to the workplace for employers who wanted to utilize it.

“Once it becomes completely available, there will be some employers that maybe go the extra steps and test on site, which would take a lot of work because that has to be done meeting various healthcare laws if you are actually administering a test,” Kauffman said. “Administering an actual test will have to be done under appropriate healthcare providers’ license and authority.”

Staggered reentry, sanitizing and cleaning and travel restrictions will all be issues employers have to contemplate in the coming weeks and months, said Kauffman.

He believes it is reasonable to expect that businesses, in the absence of rules and guidelines, will be ready to respond to consumer demand for safety measures.

“The broader point to a lot of this is about psychology, whether it’s from the consumer or the mindset of the employee,” he noted. “There is the category of the healthy people who are just scared. I’ve heard some medical doctors say the whole temperature thing is really about making people feel good more than the reality of keeping people safe. Because they know now, or we think we know now, that you can be infected for several days without having any signs or you may not even run a fever.”

Instilling confidence in the public, and those returning to work, appeared to drive large segments of the 150-page Reopening Alabama Responsibly report, an effort with which Kauffman agrees.

“I think you have to think through what you show to your employees and the public that you are taking precautions so they feel comfortable,” he remarked. “I think you can’t ignore the psychology of it, as well. You want what you are doing to be practical and effective but you can’t ignore that either to show your employees that we’re doing all we can do.”

Garrett offered that the lieutenant governor’s committee is trying to empower businesses to get back up and running, but with that comes increased responsibility.

“We want all the businesses up and running that can be,” Garrett said. “But we’re in the middle of a health crisis. We want you up and running, but you have to make that situation better.”

Because of how much businesses will have to invest in making things better, Kauffman foresees caution ruling the day once they are afforded the opportunity to reopen.

“I don’t think anyone wants to be ahead of the curve because I know that my clients don’t want to go full in and be completely normal, then all of a sudden have to do a 180 and be completely back out,” he concluded. “It’s much easier to turn around when you’ve gone a partial way forward as opposed to all the way.”

Tim Howe is an owner of Yellowhammer Multimedia