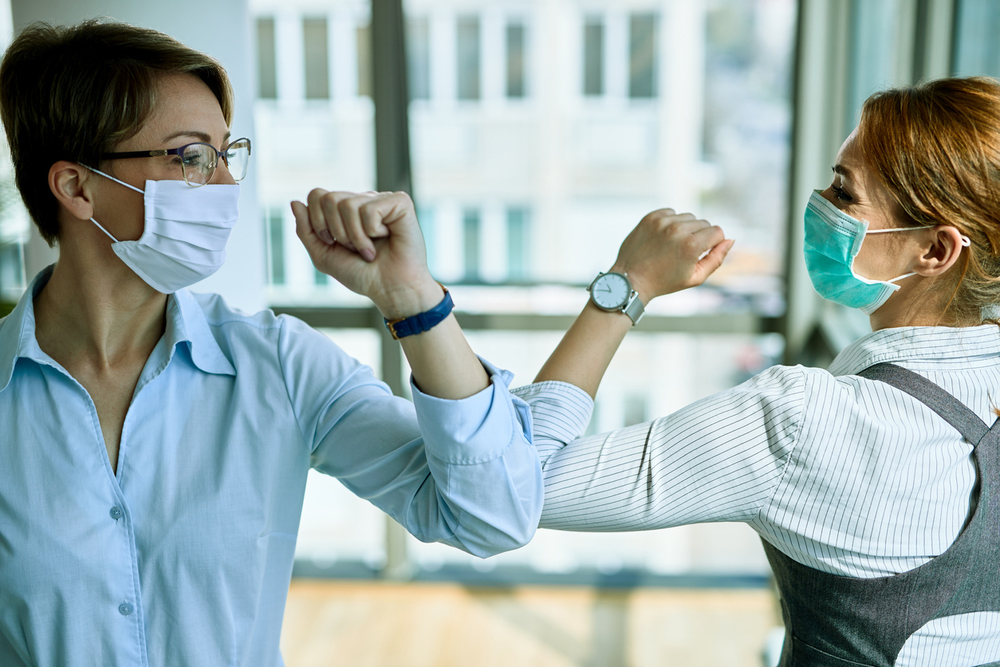 A handshake is a common interaction in real estate dealings. But the COVID-19 pandemic has sparked "shakephobia," where some people may feel skittish about resuming the tradition of shaking hands, at least for now.

Studies have shown that a handshake transfers four times the amount of bacteria as a fist bump.

Still, not everyone will be as apt to avoid handshakes. This leaves some real estate professionals in an awkward situation when it comes to politely declining an extended hand.

The alternatives that grew out of the pandemic—elbow bumps, foot taps, and air high-fives—may not seem like very professional alternatives. That has prompted etiquette experts to propose some business-setting alternatives to the handshake.

A recent article at Reader’s Digest says the key is not to decline a handshake, but to deflect it instead.

In a 2014 article in the Journal of the American Medical Association, three doctors suggested alternatives to the handshake: waving, putting your hand over your heart like you’re about to make a pledge, or holding your hands in the “namaste” prayer position in the front of your chest.

One doctor said he even put a sign up that was light-hearted but also got the point across. It read: “Handshake-free zone.”

Patti Wood, author of SNAP: Making the Most of First Impressions, Body Language and Charisma (New World Library, 2012), suggests starting your greeting earlier about seven feet out if you want to dodge a handshake. She told Reader’s Digest this gives you a chance to slow the conversation down and introduce yourself to the other person first. You can set the tone by offering a wave instead of an extended hand then.

If the other person still extends their hand, she suggests placing your hand over your heart and leaning forward a bit instead of accepting it. Research shows they aren’t likely to be offended by this gesture because you’re still acknowledging their greeting and validating the interaction. Further, when people place their hand over their heart, they’re perceived as being more honest, according to a study from researchers at the University of Social Sciences and Humanities in Poland.

Overall, Adeodata Czink, who runs a consulting firm called Business Manners, told QZ.com not to pretend weird behavior isn’t happening but acknowledge it. She suggests another alternative: Raise both of your hands and say: “Please forgive me, I don’t dare, I have this coronavirus phobia.” She says the key is to keep your voice tone playful. “Make it a light thing rather than ‘I don’t want to shake your hand,’” she adds.

Source: "How to Politely Sidestep a Handshake" REALTOR® Magazine (June 23, 2020)