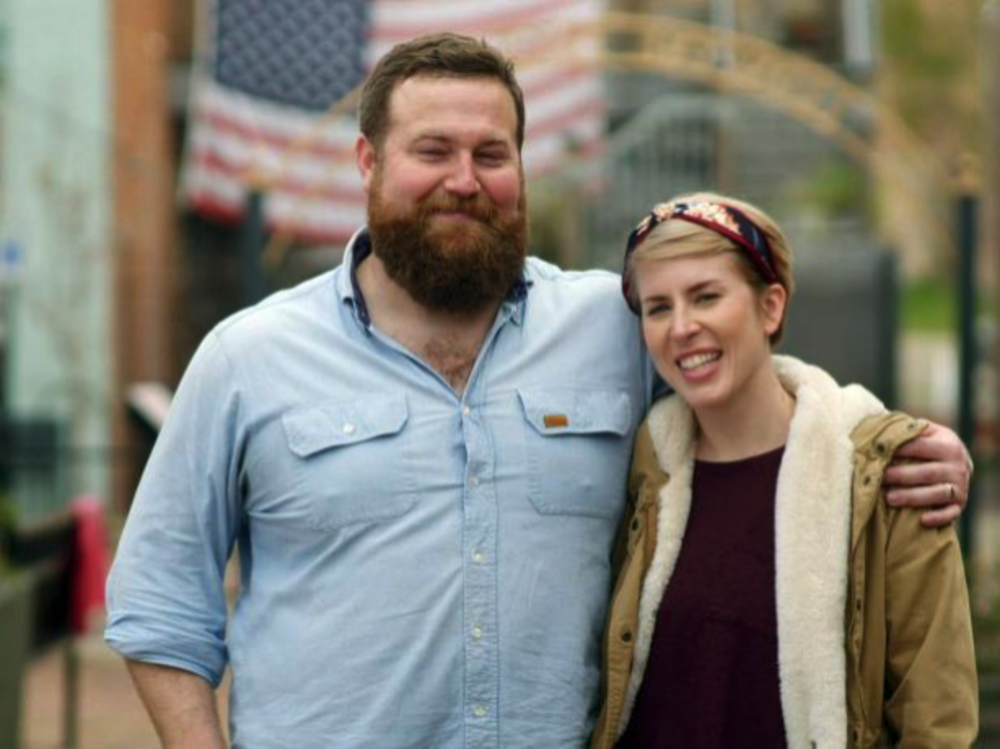 The news is out. The jig is up. The cat's out of the proverbial bag. The quest to find the perfect location for the new HGTV special-event series, Home Town Takeover, is now complete. And the chosen community — following a months-long nationwide search — is the tiny Southern city of Wetumpka, Alabama. Population: 8,278. (Sahhh-LUTE!) For the record, Wetumpka was selected from among no less than half a million photo and video submissions representing more than 2,600 towns across the U.S. It’s one gem of a classic, small Southern town, but one not without its share of challenges and a need for some structural and aesthetic enhancements.

Home Town Takeover, if you haven’t heard, is a six-part docu-series that will premiere on HGTV in 2021, but viewers can get a preview of the epic and ambitious forthcoming adventure in a new HGTV special, Home Town: A Small Town Salute, premiering on July 2 (that’s tonight!) at 8p|7c.

In that special, the residents of Wetumpka get the breathtaking news that their town was selected for the extensive and far-reaching renovation led by Erin and Ben that’s certain to bring new hope and inspiration to an entire community. And at the risk of sounding overly romantic or a bit hyperbolic, the series Home Town Takeover really is something more than just another TV show. This is a heartfelt mission and an initiative with a grand scope — and is perhaps HGTV’s single biggest renovation undertaking ever.

Back in January, HGTV brought you the exciting news that Ben and Erin Napier would be taking the concept of their hit series Home Town “on the road” in an exciting new venture. The undisputedly endearing couple who famously restore and revitalize old and historic homes in the tiny town of Laurel, MS would be expanding their scope beyond their beloved hometown. They would be leading a team of renovation pros to breathe new life into another small town — the entire town — including several homes as well as some locally grown businesses and historic treasures unique to that community. It’s all elemental to the Napiers’ overarching mission of helping to establish and foster a town’s persona that draws on its roots, history, resources and traditions.

To put it simply, Erin and Ben were set to take their trademark inspiration, dedication and expertise beyond the borders of Laurel. But where to start? The location where all of this was destined to happen was not known – until now.

Simultaneous to the series announcement back in January, HGTV and Home Town’s production company RTR Media put out a casting-call of sorts, inviting residents of America’s small towns (population 40,000 or less) to log on to a website to make the case that their town should be the one featured in the new series. Applicants were encouraged to highlight aspects of their town that make it special, fascinating, historic or unique — including distinctive features like vintage period architecture, special destinations or a classic main street.

We're now a half million or so submissions (and 2600 towns) later, and that brings us to today. In a special reveal announcement via Facetime call, the Napiers surprised Wetumpka's Chamber of Commerce executive director, Shellie Whitfield, with the news that the town would be getting an epic injection of TLC a la Ben and Erin. That call, and lots more background, are documented in the special preview, Home Town: A Small Town Salute. But that’s just a taste of what’s to come.

"Ben and I often speak about our love of small town living and what that lifestyle means to the people who live in one," says Erin. "The people of Wetumpka know they have a small town that’s worth saving, and now the world will see why this tight-knit community deserves a fresh start."

So Where Exactly Is Wetumpka?

Wetumpka, known by its slogan, "a city of natural beauty," is a tiny and semi-isolated burg nestled in the bucolically scenic area of central Alabama, set along the banks of the free-flowing Coosa River. As such, it’s a popular destination among whitewater enthusiasts and other generally adventurous and outdoorsy types. It notably serves as host to the annual Coosa River Challenge, a three-part competition involving paddling, mountain-biking and a cross-country run.

The town has fostered something of a green revival, with newly christened walking and nature trails, and a nearby historic botanical area, Jasmine Hill Gardens. It is also, coincidentally, home to the wonderfully strange Wetumpka Meteor Crater — a five-mile-wide site of a meteor crash that occurred some 85 million years ago — a prehistoric event known regionally as “Alabama’s greatest natural disaster.” So it has just a hint of that Ripley’s Believe It or Not appeal as well.

At the same time Wetumpka faces many of the same challenges that beset small and remote towns across the country — closing businesses, compromised employment prospects, outmigration of young people, the impact of natural and climate-related disasters as well as homes and neighborhoods in varying stages of neglect or disrepair.

A glimmer of optimism came a few years ago with a plan to revitalize, but the endeavor was set back when a tornado struck the town, decimating the police station, a historic church, a number of homes and hundreds of acres of land. But the prospect of hope and progress remained alive, just waiting for sparks to ignite.

The town itself could be characterized as a sort of diamond in the rough. With its picturesque setting and features, it has served as the location for the filming of several Hollywood productions including The Grass Harp (based on the Truman Capote novella), The Rosa Parks Story and the fantastical Tim Burton feature, Big Fish — three films with central themes tied to and drawing on the historical South.

In short, Wetumpka is a place steeped in a certain authentic, heritage-rich, easy-pace tradition that’s essentially the perfect landing place for Ben, Erin and crew — not to mention some special surprise guests.

We think this new HGTV adventure presents a rare opportunity that will deliver to viewers something that’s genuinely inspirational, hopeful and compelling — with excitement unrivalled since that foray involving a certain house (and people) associated with the name Brady. The two projects could hardly be more different, but the scope, spirit and excitement are, in a way, comparable. Both tap into a collective American psyche that’s tied to ideals, roots, vision and potential.

In summary, Home Town Takeover is shaping up to be an epic adventure with real connections to real people, community and history — and generous helpings of small-town love and feel-good energy. Are you ready for that? We are.