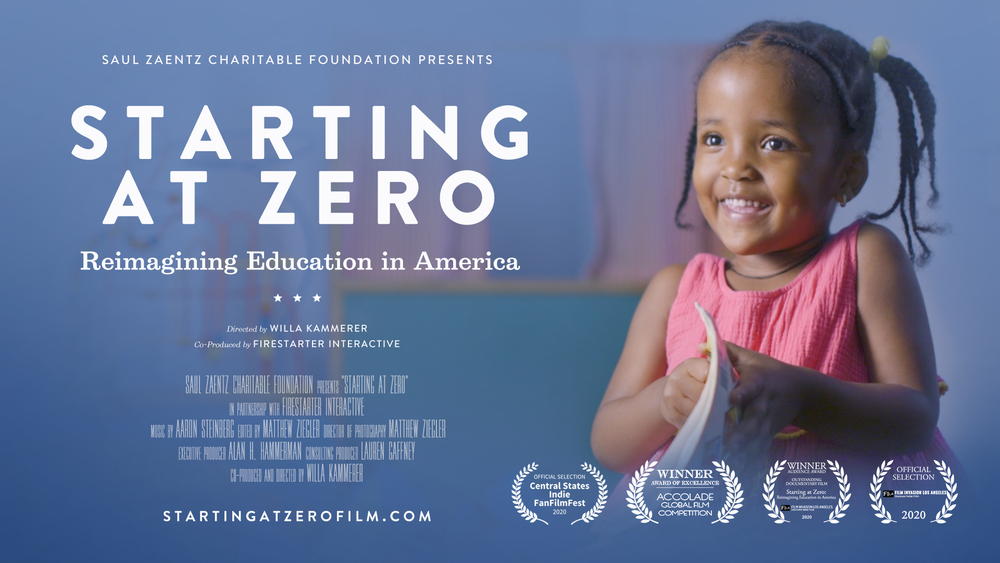 A documentary film being released digitally this week focuses heavily on the State of Alabama’s First Class Pre-K Program as an example of sterling quality that other states should emulate.

The film, titled “Starting at Zero: Reimagining Education in America,” lasts about one hour, and over half of the running time is devoted to extolling the virtues of Alabama’s Pre-K program.

The film was funded by the Saul Zaentz Charitable Foundation and produced in partnership with FireStarter Interactive. It is designed to lay out the positive effects of investing in early childhood education.“Alabama is one of the shining stars, not only in the southeast, but in the country,” says Joe Squires, Ph.D., of the National Institute for Early Education Research (NIEER) around the midpoint of the movie.

Many other Alabamians affiliated with the First Class Pre-K program are also featured, including students, parents, teachers, and employees of the Department of Early Childhood Education.

Multiple individuals featured spoke to how investing in early childhood education is not just the morally right thing to do, but is also the best thing to help the economy.

“Children who have the benefit of quality pre-k education are better prepared for a future education,” remarks Canfield in the movie, adding that good pre-k puts children on a path to be capable members of Alabama’s workforce which is currently on track for a shortage of qualified workers.

First Class Pre-K has long been one of the Yellowhammer State’s most lauded policy accomplishments.

“Alabama is a model for what other states can emulate,” Montana Governor Steve Bullock (D) says near the end of the documentary.

Bullock details in the picture how he invited then-Secretary Ross to Montana to inform the key policymakers in his state how Alabama had built such an enviable program.

“Our children are our future, and what we do as a state today will determine who we are as a state tomorrow,” says Ivey in the documentary.

More information on the movie, including how to view it, can be found on the film’s website.

Henry Thornton is a staff writer for Yellowhammer News. You can contact him by email: henry@yellowhammernews.com or on Twitter @HenryThornton95.