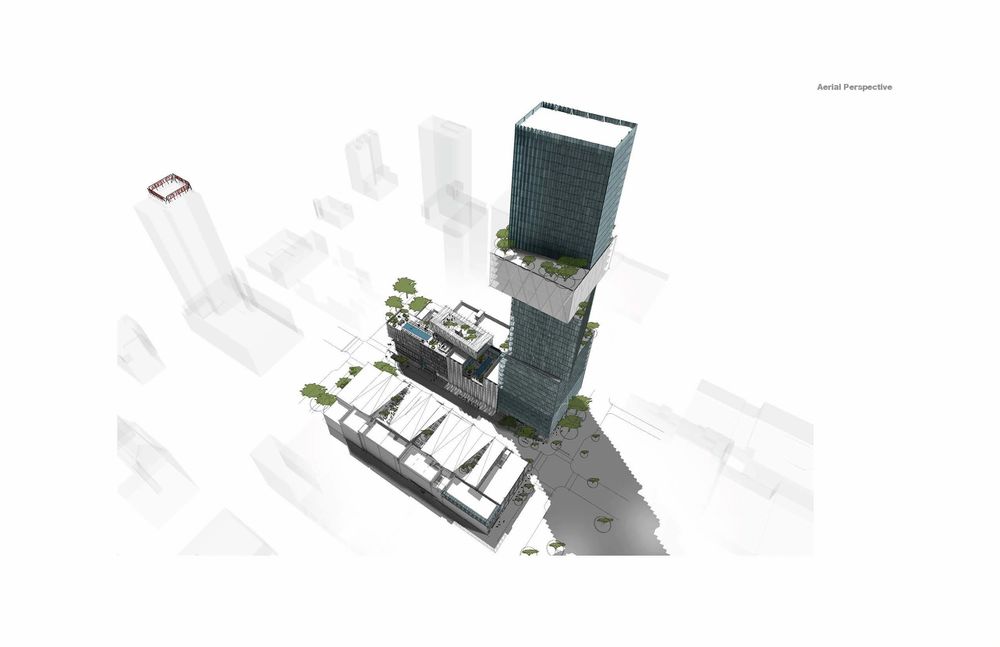 A massive new development is being proposed for downtown Birmingham that would encompass 1.2 million square feet and cost around a quarter of a billion dollars.

The project, which is being called The Block, would have a centerpiece 48-story high rise development called the Dansby Tower. If the development comes to fruition, the tower would be the tallest building in Alabama.

The planned Dansby Tower gets its name from former Auburn Tigers and Arizona Cardinals star linebacker Karlos Dansby, who is a partner in the project alongside The Ultimate Fan, a business developer from Phoenix where Dansby played most of his NFL career.

The project is still looking for investors. On a website promoting the development, a page promises a 10-18% return on investment and touts a favorable tax situation that can take advantage of building in an opportunity zone and being eligible for the New Market Tax Credit Program.

“A flexible indoor/outdoor pedestrian experience that is distilled with a mix of locally owned restaurants, bars, event/music venue, hotels, and cafes,” is how The Block bills itself on its website.

The plan by the developers is to build in three phases, with the goal of having two of the phases complete before the 2022 World Games.

The company behind The Block says it will be a build and fill development, and they will purchase the necessary land from Birmingham-based Ladd Real Estate.

Ladd is purported to currently own the entire city block where the new construction would take place, which is on 2nd Avenue North near the City Federal Building.

“This is more of your interactive, engagement so you have everything you need in there…virtual golf, bowling, every aspect of entertainment that we can bring indoors, we’re bringing it,” Dansby’s business partner told WBRC.

More details about the project can be found here.

Henry Thornton is a staff writer for Yellowhammer News. You can contact him by email: henry@yellowhammernews.com or on Twitter @HenryThornton95