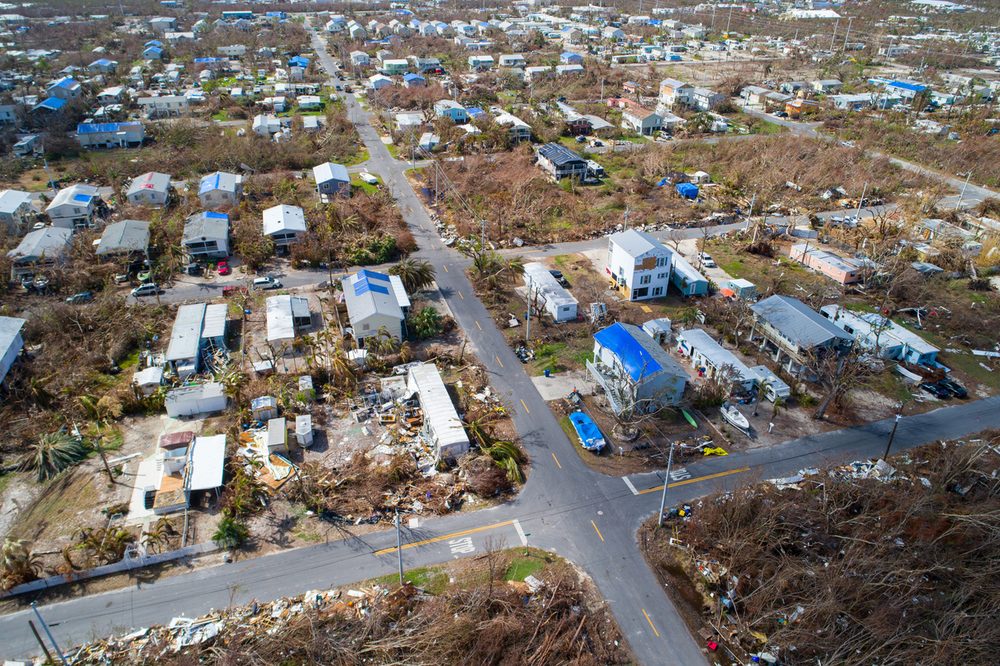 The aftermath of Hurricane Sally left countless blue tarps stretched over failed roofs in coastal Alabama, as the storms' 105 mile-per-hour winds ripped off shingles and separated plywood sheets, allowing torrents of wind and rain inside many homes as Sally inched its way inland.

But not at Matt Fetner’s house.

Fetner’s home in the Captain’s Cove neighborhood in Orange Beach is one of the 16,000 buildings in Alabama with a Fortified certification to withstand 130 mile per hour winds. And when Sally came ashore as a Category 2 hurricane, Fetner’s roof was up to the task. He said his roof sustained no damage in the storm and he felt secure riding it out at home.

His house even became a refuge for some of his neighbors who suffered storm damage or flooding as Sally rolled in during the early morning hours of Sept. 16.

“Obviously Sally was a beast of a storm," Fetner said. “It came on shore, and hit the land, and from the time it hit through the time it was over, [we had] no damage, no issues and everybody around us has a blue tarp on their roof.

“It was definitely something that was good to have.”

The Fortified roof certification was developed by the Insurance Institute for Business and Home Safety, and Alabama leads the country by a long shot in Fortified roof structures with more than 16,000.

Roy Wright, president and CEO of the Institute and former head of the Federal Emergency Management Agency’s flood mapping program, said he toured several locations in Orange Beach, Fairhope and Daphne areas this week, and that all the Fortified roofs he had seen were intact after the storm, with so far only reports of what Wright called “cosmetic damage" from flying debris.

“There are 16,000 of them in Alabama, and in every instance that we came across, you saw that these homes survived,” Wright said.

Wright said that in addition to places like Fetner’s neighborhood, where an upgraded home fared better than others around it, there are also entire neighborhoods with new homes that use the Fortified roofs located near older neighborhoods that didn’t. The difference, he said, was striking.

“And so you can go from one point where people have lost their roof cover, they had dealt with severe wind damage to their house," he said, "and then you would go to the next neighborhood that had been built as Fortified homes, and you would find the occasional cosmetic damage where debris is picked up and flown, a piece of siding, something come crashing into it. But all of that was a cosmetic type of damage.”

What makes a Fortified roof?

There are three main components to a Fortified roof.

First, said Wright, the roofers use ring shank nails which have a better hold under high wind conditions.

Second, the seams between plywood sheets on the roof are sealed to prevent water from entering the home if the shingles are lifted off during a wind event.

The third part involves aligning the edge pieces of the roof in a particular way to avoid “rip-up,” Wright said.

“There is a particular way that the edge treatment is put in, the edge pieces, so that the wind is less likely to be able to start that rip-up,” Wright said. “The most vulnerable part of your roof from a wind perspective is right along the edge.”

The IBHS also has standards for new construction homes that can be certified as Fortified Gold. Those include features such as storm-resistant windows, doors and other openings. Existing homes are not eligible for Fortified Gold but can have a Fortified roof installed.

Fortified roofs are a wind standard, and do not prevent damage from trees falling on roofs or prevent homes from flooding, a problem with the slow-moving Sally. But Wright said, IBHS with its Fortified program, is looking to “change the trajectory” of what hurricane damage looks like.

“We’re not going to stop Sally from coming ashore. We’re not going to stop the storm surge," Wright said. "But as we look at those pieces, we do know how to construct residential homes as well as businesses to be able to withstand 130 mile an hour winds in ways that after the storm, even if it was evacuated, that people would have a place to come back to.”

Why so many Fortified homes?

Alabama leads the nation in Fortified homes partly because many local building codes in coastal Alabama now require Fortified roofs for new homes and replacement roofs, and because in 2011 the state of Alabama created a program called Strengthen Alabama Homes to encourage homeowners to upgrade their existing roofs to Fortified certification.

That program, administered by the Alabama Department of Insurance, for a time provided grants of up to $10,000 to homeowners like Fetner to upgrade their existing roofs to Fortified standards.

Brian Powell, head of Strengthen Alabama Homes since 2011, said the program issued about 2,300 grants to homeowners to upgrade their existing roofs before freezing applications in 2017 due to overwhelming demand. He said the grant program is still paused, but could be reinstated within the next 18 months, or sooner if the program can get more funding.

“It was very difficult to get homeowner’s insurance, and when you did, it was very expensive.”

That’s why Powell said the state passed the Strengthen Alabama Homes Act in 2011, granting the Department of Insurance the authority to create a program to reduce damages from the next hurricane and encourage insurance companies to issue policies on structures in coastal Alabama.

“We needed to take an approach to fix that and the way to do it is to reduce the risk of loss, and at least reduce the amount of loss that happens, dollar wise,” Powell said. “We looked at several methods or several systems to figure out how to mitigate homes, and the one that seemed to be becoming the industry standard at the time was the IBHS Fortified program."

Funding for the program was taken from fees paid to the state by insurance companies, as well as from federal disaster relief efforts and other sources, but not from the state’s general fund budget.

“We actually went to the [insurance] industry and talked to them about using some of the money that they pay to the state to fund this program, and they were on board,” Powell said. “Ultimately, it’s a good investment for them because it reduces their risk. So this [program] does not take money from our general fund, nor does it take it from any tax base.”

At the moment, however, the program does not have enough funding to meet the demands of homeowners who want to participate.

“Right now the Strengthen Alabama Homes program is receiving $10 million through the Department from the industry, but that’s not enough to clear out our backlog of applications,” Powell said.

“As soon as we can get the backlog cleared out, then we are going to open it back up for applications.”

Powell said most people in coastal Alabama who need new roofs after Hurricane Sally will have to get a Fortified roof as a replacement thanks to the local building codes, and that homeowners insurance should pay those costs. But, once the grant program resumes taking applications, the funding is designed to offset almost entirely the cost difference between a traditional roof and a Fortified roof.

“On an average size home, it pretty much pays 100% of it,” Powell said. “Any expense above $10,000 is on the homeowner. We wanted to make sure we had a reasonable amount where we could get homes mitigated, because at the end of the day, the more homes we have mitigated, the lower the insurance rates will wind up being for everyone in the area.”

Fetner, a vice president at Bryant Bank, said he chose to get the Fortified roof in 2017 after a smaller storm damaged his roof’s ridge vent. He said he used Ben Murphy Company, a local construction firm licensed to install Fortified roofs, and received a $10,000 grant from Strengthen Alabama Homes that offset almost all of the extra cost associated with the Fortified roof.

“I’d been at my house over 10 years, and the roof had showed some age,” Fetner said. “One of the tropical events that came through blew off one of the ridge vents and so I knew it was probably something I needed to do. I went through the program, and that funded a portion of the costs and I paid the rest of it and I got a brand new roof.”

Wright said that Hurricane Sally was the largest test yet for Fortified roofs.

Powell said the state sees a number of benefits to keeping roofs attached to houses during tropical storms, from lower insurance rates to less debris to clean up.

More resilient buildings can also mean a faster reopening once the storm passes.

“The sooner folks can return, the faster the economy can recover, people can get back to work,” Powell said. “So it actually has more benefit than just keeping your roof on your house. It has ancillary benefits too, reduction of costs, and the time that it takes to get economies back up and running."