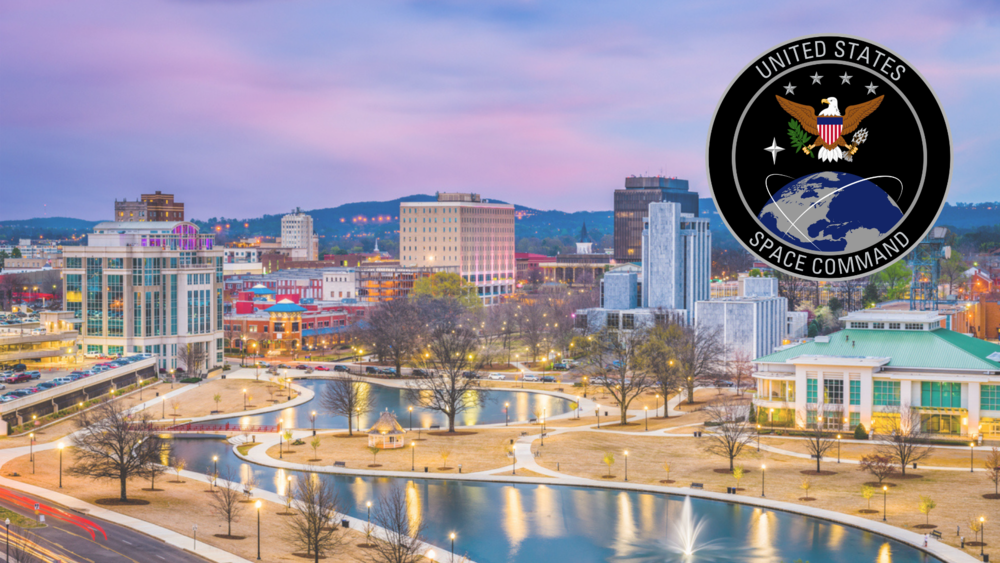 The Air Force has selected the Army’s Redstone Arsenal in Huntsville, Ala., as its preferred location for the headquarters of its new Space Command, Gov. Kay Ivey and U.S. Sen. Richard Shelby said.

“Alabama has been selected for the United States Space Command Headquarters,” Ivey’s office said. “In late December, Gov. Ivey joined officials with Redstone and the City of Huntsville on a call with Pentagon officials to give a final pitch.

“The governor is proud to announce that Huntsville’s Redstone Region is set to house the headquarters,” the statement said. “This morning, Deputy Assistant Secretary of the Air Force for Installations Bob Moriarity called Gov. Ivey to inform her of Secretary Barbara Barrett’s Space Command Headquarters preferred candidate basing decision.”

“I couldn’t be more pleased to learn that Alabama will be the new home to the United States Space Command!” the governor said.

“This is outstanding news, not only for our state but also for the Air Force,” Shelby said. “This long-awaited decision by the Air Force is a true testament to all that Alabama has to offer. Huntsville is the right pick for a host of reasons – our skilled workforce, proximity to supporting space entities, cost-effectiveness, and quality of life, among other things. I am thrilled that the Air Force has chosen Redstone and look forward to the vast economic impact this will have on Alabama and the benefits this will bring to the Air Force.”

“Our state has long provided exceptional support for our military and their families as well as a rich and storied history when it comes to space exploration,” Ivey said. “This combination only enhances the outstanding relationships we have with the 65 diverse federal agencies on Redstone Arsenal, not to mention the growing presence of the FBI and other federal installations. The bottom line is simple, the Redstone Region is the most natural choice to become home to such an important mission for our country.”

“This is a project that will have long generational legs for our community,” Huntsville Mayor Tommy Battle said. “It’s the right decision to come to Huntsville. We have done space. We are space. We have done space since the 1950s. We have the Army Aviation Command here, we have Space & Missile Command here, we have the Missile Defense Agency here. All of it ties into a workforce that is attuned to working in space and working with our space assets. I think it’s going to be a great thing for our community for years to come. Hats off to (U.S. Sen.) Richard Shelby. He did a great job with it.”

The command was established in the Air Force in 2019, and the search for a permanent headquarters began in 2020. Communities across the country competed. They were ranked according to established criteria related to the command’s mission, room to grow and add infrastructure, community support and costs to the Department of Defense.

The headquarters is temporarily based in Colorado Springs now, and that city was reportedly Huntsville’s major competition. Air Force officials called Colorado Springs “a great location,” too, but mostly because leaving the HQ there avoids the disruptions and expense of moving. But the final decision based on long-term benefits favored Alabama. Huntsville and area compared favorably on more factors than any other community, the Air Force said.

A report in Politico today said Huntsville ranked higher than Colorado in each category of the evaluation. That included cost of living and housing availability off base.

Winning the base will mean at least 1,600 new jobs for the area and more as the command and its missions grow. None of this will happen soon, however, because the headquarters is set to stay in Colorado for at least six years.

The Secretary of the Air Force made the final decision, but President Trump was “informed and consulted” along with top commanders, congressional defense committees, senior commanders and the National Command Authority, the Air Force said.

The criteria to host the headquarters also included proximity to military bases with space assets, high security and communications capabilities. Redstone meets all those criteria. It is home to the Army Materiel Command, one of only five four-star commands in the Army and responsible for equipping Army forces around the world; the Army Space and Missile Command; Army Aviation and Missile Command; the Defense Intelligence Agency/Missile and Space Intelligence Center; and the U.S. Missile Defense Agency, among others.

The FBI also chose Redstone for a “strategic realignment” of major assets including its cybersecurity operations. FBI announcements about that realignment said Huntsville is “the Silicon Valley of the South.”

The decision won’t be final until a required environmental impact study is complete. The Air Force expects to make that final decision in spring 2023.