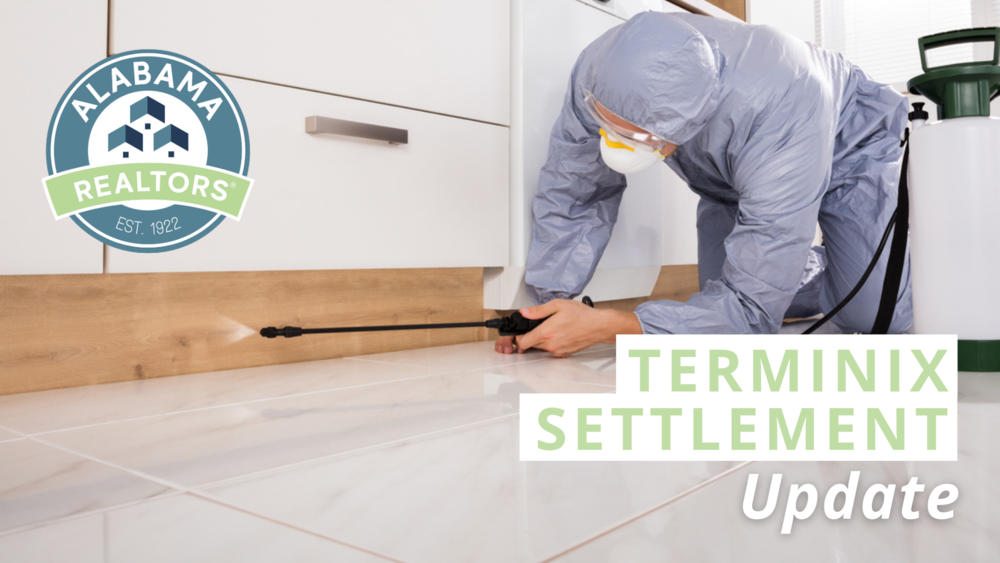 On February 8, the Alabama Attorney General’s office released additional information on refunds from Terminix. As reported several months ago, Terminix reached a $60 million dollar settlement with the state of Alabama, stemming from its drastic increases in pricing. Under the settlement, former and existing customers of Terminix may be entitled to money. The process for claiming your refund has now been released, and Jeffrey Schneider, the person in charge of administering the process, called a receiver, has been appointed by the court.

For detailed information on the Terminix settlement and the refunds process, click here, or continue reading for a brief summary.

Who is entitled to what?

Existing and former customers in Baldwin and Mobile Counties, as well as a few specific situations statewide, may be entitled to a refund, re-treatment, and/or repair of termite damage.

Former Customers – Former customers will need to file a claim with the receiver and have options on whether to reinstate a contract with Terminix or receive a refund.

Statewide Customers – The settlement agreement also has provisions affecting former or current Terminix Customers who do not live in Mobile or Baldwin Counties. Former and existing customers who were serviced by the Terminix Monroeville Office may be entitled to a refund and/or re-treatment. In addition, all former and current customers that have termite damage on property serviced by Terminix may be entitled to payment for the damages. Call the receiver at (786) 347-2564 or go to the website www.terminixfund.com to determine if this applies to you.

What do you need to do?

Refunds – If you are an existing Terminix customer, wait on the receiver to issue the refunds, reportedly starting in May. Former Terminix customers seeking a refund or reinstatement of the 2018 contract should file a claim at www.terminixfund.com or can download and print the form and mail it to: