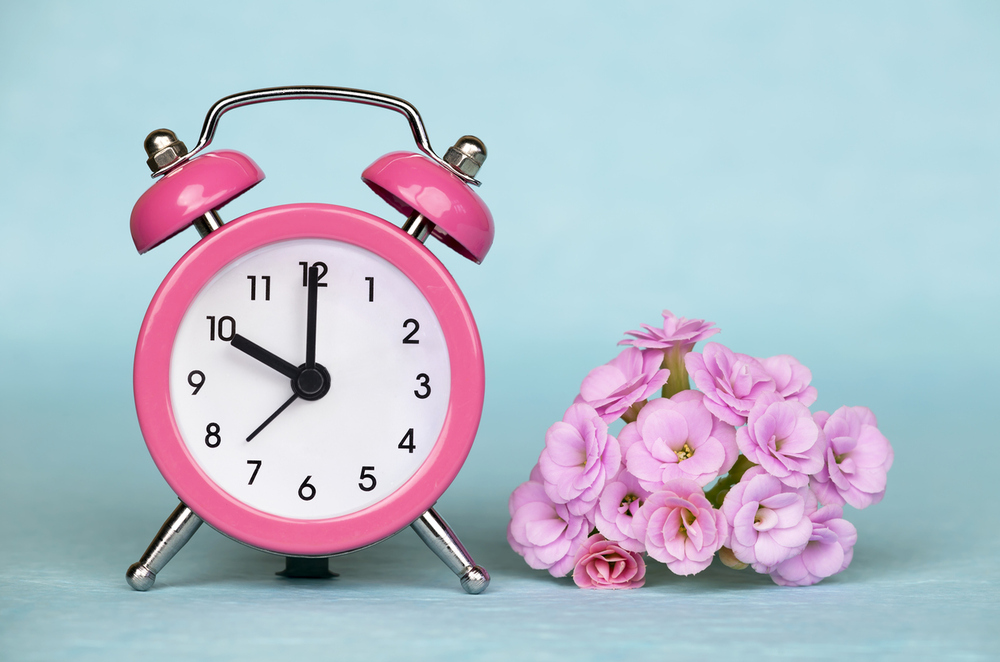 For all who are weary of cold days and heavy coats, March promises spring flowers, breezes, baseball and that much-anticipated Sunday that marks the start of Daylight Saving Time (DST). Starting Sunday, March 14, Americans (except those in Hawaii and some parts of Arizona) will have an extra hour of daylight to enjoy as days grow warmer and longer – that is, after we recover from sleep deprivation from that dreaded one hour we lose. As upsetting as the annual ritual of springing forward may be to our body clocks, it can be a handy tool for homeowners.

Time for a Little History Lesson

A product of wartime energy conservation efforts, the idea of Daylight Saving Time was born in Europe during World War I and introduced in the United States in 1918 as “Fast Time.” It was repealed only seven months later but reemployed in 1942 at the height of World War II as “War Time.” For nearly four years, the U.S. used War Time year-round. Alabama was part of the Central War Time zone, which, at the end of the war, became the Central Peace Time zone.

Two decades later, Congress passed the Uniform Time Act of 1966 that allowed states to opt in or out of DST but set a nationwide standard for the starting and ending days. During the 1973 oil embargo, Congress passed a law establishing year-round DST for 16 months to study the effects of seasonal time change on energy consumption. The public opposed the plan and the study showed only modest energy savings, so it was amended to move back to standard time during the winter months. The DST schedule was changed several more times until 2007 when the Energy Policy Act took effect and established the current schedule of springing forward to DST on the second Sunday in March and falling back on the first Sunday of November.  The act also extended DST by four weeks – three weeks in the spring and one in the fall.

Everyone likes saving money. In theory, DST can save money on energy bills since we’re likely to spend more time outdoors using less energy indoors. Longer days also mean more sunlight and less need for artificial light. In 2008, a national study performed by the U.S. Department of Energy found that homes and businesses reduced electricity use by 0.5 percent each day during DST. However, energy usage has changed dramatically since the study. Homeowners use more smart-home devices to control energy usage but also use more electronics, which may offset savings.

While energy savings are modest, homeowners can use DST as a twice-a-year reminder to perform these important maintenance tasks.

Service heating and cooling systems to help lengthen the life of the system and avoid expensive repairs. A spring check of the air conditioner can ensure a cooler home during the sweltering summer heat ahead.

Drain Your Water Heater at either the beginning or end of DST. Especially in areas with hard water, it needs to be flushed to remove sediment that can build up and reduce its efficiency.

Lower Crime Rates – According to the Brookings Institution, “when DST begins in the spring, robbery rates for the entire day fall an average of 7 percent, with a much larger 27 percent drop during the evening hour that gained some extra sunlight.”

Fewer Traffic Accidents – It makes sense that we see better in daylight making daytime driving safer. Traffic volume is higher in the evenings when commuters combine with drivers going to other activities. So, extending daylight in the peak traffic period means fewer accidents. One study projected that we could save about 366 more lives per year if we extended DST all year round.

March 14 is only a few days away. Remember to reset your clocks – and don’t forget the really fun ones like the microwave and the range – and get to bed a little early. If you feel grumpy Sunday morning, think about the warm spring evenings ahead when you’ll be driving home from work before dark – and that hour of sleep you’ll get back when Daylight Saving Time ends on November 7.