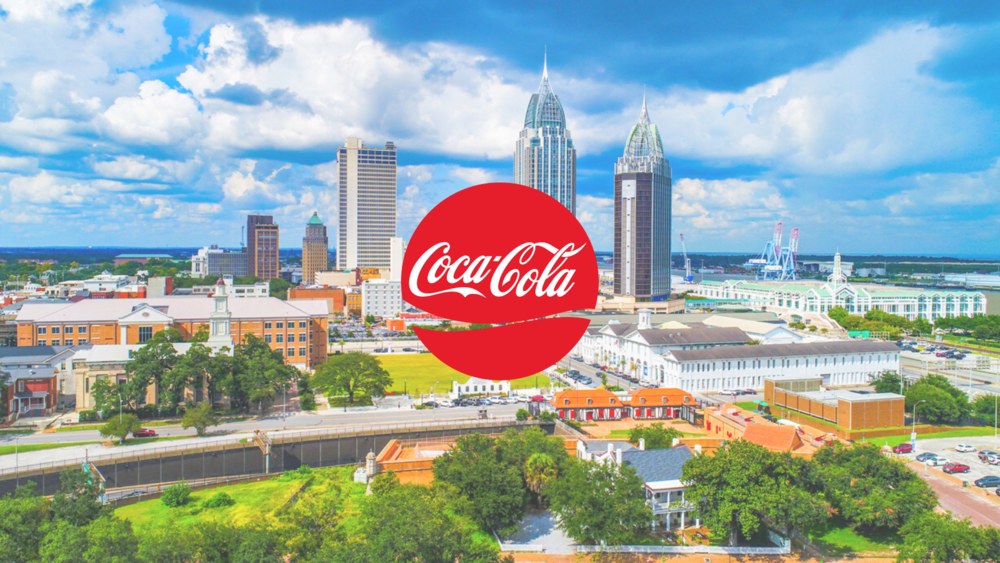 According to a release, the 119-year-old Birmingham-headquartered company will expand its existing warehouse, optimize its distribution operations and install a state-of-the-art warehousing system that will benefit its associates, customers and communities in the Mobile area and along the coast.

“With this larger and more innovative facility, we will create an enhanced working environment for our associates and provide a higher level of service for our customers and communities along the Gulf Coast for decades to come,” stated Coca-Cola UNITED president and CEO John Sherman.

The expansion is the latest chapter in a storied history between Coca-Cola UNITED and the city of Mobile. The territory, first owned by Coca-Cola UNITED founder Crawford Johnson Sr., was purchased by brothers Walter and Will Bellingrath in 1903. More than a century later, Coca-Cola UNITED in 2017 again acquired the Mobile territory as part of a transformation that saw the company more than triple in size. Now, the Mobile facility has more than 300 employees and produces more than 13 million cases annually.

However, Thursday’s announcement will see even more growth.

Coca-Cola UNITED will expand its existing Mobile warehouse by 120,000 square feet and install a state-of-the-art Vertique case picking system that is cutting-edge in the beverage industry.

Once the project is complete, the company expects an increase in jobs at the facility, which will continue to serve as a hub to distribute products and services to customers and other Coca-Cola UNITED sales centers along the Gulf Coast. Construction is scheduled to begin mid-2021 and should be complete by the end of 2022, per the company.

“This investment is another illustration of Coca-Cola UNITED’s long-term commitment to the Mobile community and the State of Alabama. We appreciate the great support from our state and local officials,” remarked Keith Watson, Mobile Coca-Cola sales center manager.

Coca-Cola United, founded in 1902 and based in the Magic City, is the second-largest privately held Coca-Cola bottler in North America and the third-largest bottler of Coca-Cola products in the United States. Now with its fifth generation of family working in the business, the Yellowhammer State company has approximately 10,000 associates located in more than 60 facilities across Alabama, Florida, Georgia, Louisiana, Mississippi and Tennessee.

“It’s always special to see a company with deep Alabama roots reinvest in its operations in the state, creating new jobs and strengthen long-standing ties in their communities,” Governor Kay Ivey said in a statement. “I’m very happy that Coca-Cola Bottling United is launching a growth project in Mobile and know that the company will continue to thrive in Sweet Home Alabama.”

“We are excited about the significant investment Coca-Cola Bottling Company United is making in Mobile. This expansion is a strong signal of their commitment to our local economy, and I look forward to seeing their continued success here in Mobile,” he concluded.