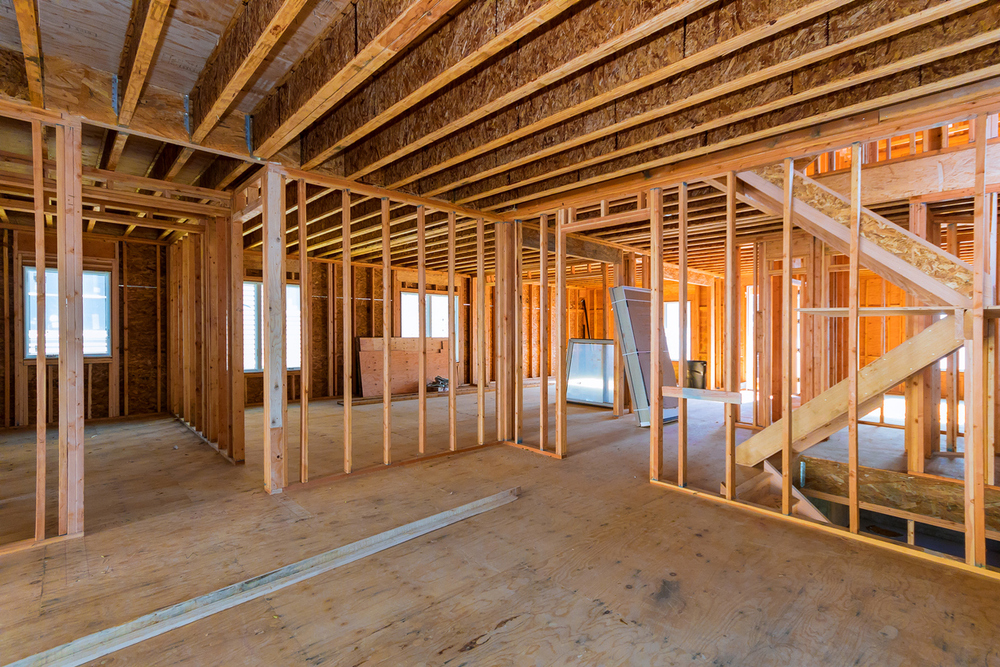 Buying a home is a quintessential adult accomplishment. For the students attending Build UP, a non-profit workforce development school in Alabama, the goal of owning a home could come much earlier than for most American grownups.

Launched in 2018, Build UP is a program for low income youth in Birmingham that sees its students through their high school diploma and associate's degree, while training them for careers in construction and real estate with paid apprenticeships through partnering businesses in the community.

The students combine academic learning with hands-on experience, renovating and rehabbing homes in neighborhoods like Ensley, where the school is based.

"Many of them come to us having never held a hammer before," Build UP CEO Mark Martin told CNN.

While students learn construction and how to maintain homes, at the end of the 6-year curriculum, they could become homeowners themselves by purchasing one of the properties renovated by the program.

"The big thing that's going to shift the wealth equation is when you get somebody out of a rental position and into homeownership, and that's the goal behind it," Martin said.

The program is young but ambitious. "It's a six year process. We're only three years into it," Martin said.

There are 65 students currently enrolled in Build UP, and their average age is 15. A majority of the students are males, and all of them are African American, Martin said.

According to Martin, the program wants to equip a younger generation to revitalize neighborhoods where opportunity is lacking and housing blight is pervasive.

"For students that have not had much success in the classroom, that can be a real game changer that leads to other momentum in their life," he added.

A long-time educator turned social entrepreneur, Martin was inspired by the Swiss model of education that is centered on apprenticeships.

In Martin's view, that model distributes the responsibility of preparing youth for their careers from teachers alone to a broader range of professional mentors who can help them find their footing.

Students have individualized learning plans to meet their academic requirements, but the school puts a different spin on traditional courses. A class called "geometry in construction," for example, puts shapes and formulas in context.

"Kids are using tools and two-by-fours in a shop-like setting, learning the skills. Then that afternoon, they might be at a job site, rebuilding a roof truss, which is all about triangles," Martin said. "Nothing makes learning come more alive than when it's relevant and applicable."

Jomaree Davis, 17, a third-year student in the program, enjoys Build UP's learning style more than that of his previous school.

"I'm a hands-on learner. I just can't really sit back and just be looking at a board. I have to physically do the work," Davis said.

Davis will be graduating from Build UP's high school component in May, and he's deciding which associate's degree to pursue in partnership with Build UP.

"I want to tack on something in business because I want to get my MBA. I always wanted to be able to work for myself," Davis said, adding that he wants to open his own demolition business.

Build UP's mission is supported by a number of connected non-profit businesses, including a property holding company, Building Urban Prosperity, which acquires land and homes for the program, Martin said.

"Part of our model is we generate revenue above and beyond our costs on certain houses so that we can help support and essentially subsidize the building in lower income areas," Martin said.

In some cases, the program is involved in moving entire existing homes from plots of land where they would otherwise be demolished, and ferrying them to other locations. Community members can donate homes for this purpose and benefit from tax deductions, Martin explained.

"We're getting really quality homes and bringing these to low-income areas that otherwise wouldn't have any hope of rebuilding or building new construction there anytime soon," he said.

Build UP has moved about 25 homes so far, Martin told CNN.

This process also exposes Build UP students to learning how to reassemble houses and putting them on new foundations.

The program has worked on or completed about 30 projects, and Build UP's inventory includes about 50 properties, Martin said.

While some aspects of Build UP draw inspiration from established programs such as Habitat for Humanity, or the Cristo Rey national network of private schools preparing low-income youth for college, Martin said the school's model is unique.

"Nobody in the country had ever put all these pieces together, especially with the homeownership aspect for younger people to start building wealth and then kind of closing the racial wealth gap," he said.

Students meeting certain income and financial stability criteria at the end of the program will qualify for a 0% interest loan provided by a Community Development Financial Institution connected to the school, Martin said.

Some properties will be duplexes, which will allow owners to build additional wealth by renting their spare unit.

By the time they're eligible for the loans, a number of students will have already moved into renovated properties as renters, Martin said, in preparation for the responsibility of owning and maintaining their own property. Seven families connected to the program have already done so, and the number will increase to about 10 by the end of the year, Martin estimates.

Among the current tenants in Build UP rentals are Davis and his mother Sharon. In their previous home they had a mold problem, and the landlord suggested painting over it, Davis explained.

A contractor in training, Davis knew that wouldn't solve the issue. "When you go into construction, you tend to look at things more closely and you'd be able to tell what's wrong and what's right," he said.

Sharon is an AmeriCorps volunteer at Build UP, participating in the educational activities in the classroom and on renovation sites. She's a single mother of two. Her younger son is also a first-year student at Build UP.

"We're trying to instill into the children that community means coming together in unity. We can do a whole lot -- if we have a house on the block, neighbors may get together, we can pool funds and buy that other blighted property down the street," she said.

Sharon is also about to graduate with an associate's degree in welding technology, and is planning on continuing her studies in welding engineering.

"Education is liberation," she said.

Source: This Alabama School Wants To Turn Its Students Into Future Homeowners, and Build Careers in the Process CNN (March 29, 2021) Francesca Giuliani-Hoffman