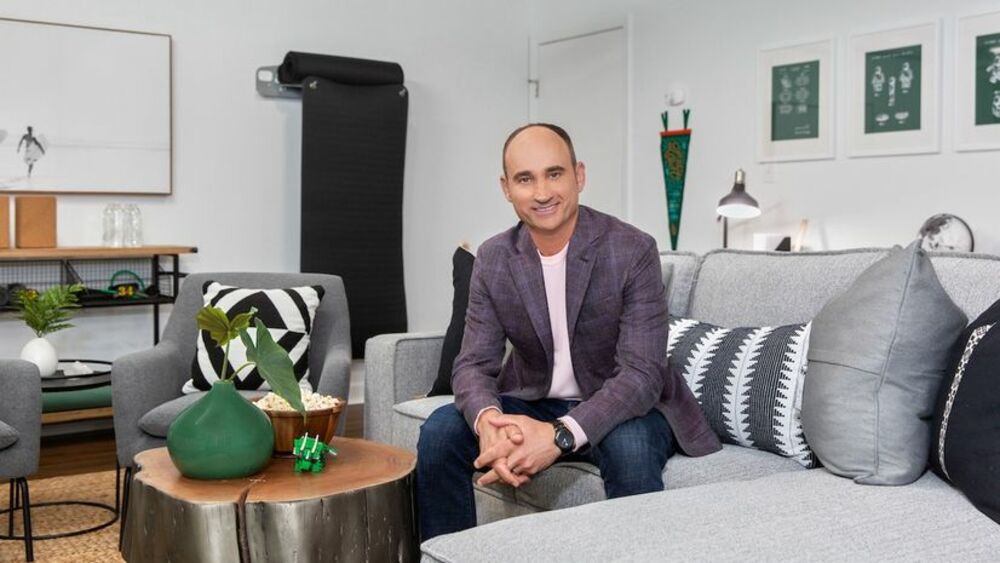 “Love It or List It” has recently returned to HGTV for its 18th season—and the competition brewing between its stars is more intense than ever.

On the show, real estate agent David Visentin shows homeowners new properties to entice them to sell. Meanwhile, designer Hilary Farr renovates their current home in an effort to persuade them to stay. The “winner” gets major bragging rights—so who’s been more successful overall?

Curious to learn more about this long-running series and score insights on this ever-changing housing market, we spoke with Visentin in an exclusive interview. Here’s what you never see behind the scenes, plus Visentin’s top tips for homebuyers and sellers.

On ‘Love It or List It,’ you and Hilary seem to have a tense working relationship. What’s your relationship like in real life?

We’re good friends, we hang out outside of the show. We go out for dinners, talk about the show, talk about life.

But we’re both fairly competitive. So even outside of the show, we’ve been known to banter and we have to be very careful when we’re in public because sometimes we’ll just start in on each other. What you see on the show is kind of our relationship.

It didn’t start out that way. I would say it manifested over time as we got more comfortable with each other and felt like we could just say anything and recover from it. Because if we couldn’t recover, the show wouldn’t have gotten past two seasons.

Do you know what your success rate is against Hilary in terms of homeowners deciding to love versus list?

I don’t know the exact number. I mean, we’ve done around 225 episodes. I would say probably it’s 60 to 40 for her. I think that might just be the nature of people having a hard time letting go of their home, even if another one makes more sense.

Do you and Hilary have any funny moments from set that don’t make it on air?

I’m fairly energetic and use my hands a lot. So I knock over stuff; I’ve knocked Hilary. I’ve fallen in houses, and occasionally they’d use it if it doesn’t look too tragic.

With home prices so high, how do you suggest first-time homebuyers break into this market?

In terms of starting out, I know it’s tough for millennials right now starting out to buy anything close to downtown, and they all want to buy a house [there]. But I think looking at the condo alternative really is a great idea to get started. A lot of people are overextending themselves and going to their parents for help, which is another story all to itself when parents burden themselves with debt so their kids can buy a house.

You don’t want to be mortgage-poor. So doing the condo alternative, I think, is a great way to get into the market and still live a life.

What advice do you have for home sellers? Should they still be fixing up their homes before putting them on the market?

A coat of paint and really good staging can do a lot. It can really boost how you’re presented on the market without getting into a major renovation. Even painting the cupboard, doing some smaller stuff that doesn’t impact the pocketbook too much. Because you’re going to [move] out, risking the least amount is probably the best way to go. The cost of wood and everything is so high right now, renovations are very expensive.

Most real estate agents these days offer free staging. So take advantage of it. They will come in, take all your stuff out and put all their stuff in—and some will even paint. The competition for real estate agents out there is high. So they don’t mind investing thousands of dollars when they know, for most areas, houses are going to sell no matter what. So get a good agent, and really use their services.

You’ve had a long real estate career even before the show. How did you start?

I got into real estate because that’s what my father did, and still does. He’s semiretired, but he has been a real estate agent as long as I can remember.

I came out of high school and was going to go to theater school, and he was, like, “Well, Dave, you’re not going to make any money doing that. Get your real estate license. Then if you want, you can go back to school.”

Back then it took, like, six weeks to get your real estate license. So I thought OK, I can do six weeks. So I got my real estate license, and kind of never looked back. I just stuck with it. My brothers and my sister all got their licenses, too. So it was kind of in the family.

Is there anything that will surprise us in the new season?

I’m hoping the amount of list-its! I got to say, the season started out OK for me. But I think people are always going to be surprised by the decisions people make. Every time I bump into somebody that watches the show, that’s one of the things they say. They have bets going on between the husband and the wife or the partners in terms of what the homeowners are going to decide, and people don’t always make the choices you think they’re going to make.