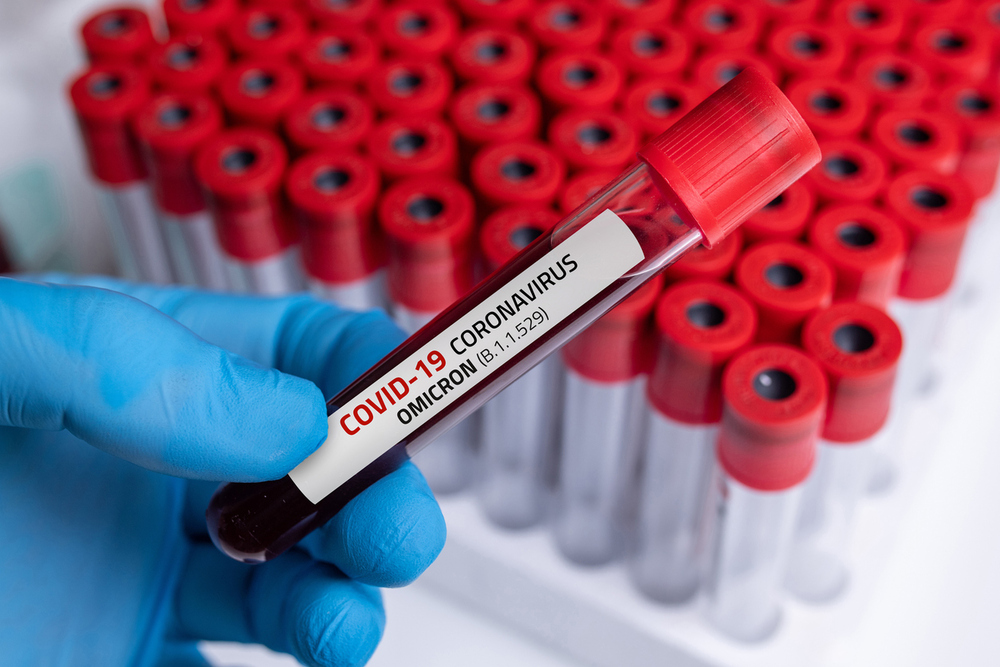 News of a dangerous, potentially more transmissible new COVID-19 variant has shaken the financial markets to the core, resulting in international travel bans and renewed fears for the pandemic-weary population around the world.

But will omicron, discovered in the U.S. last week, infect the housing market?

The fear is that vaccines and antibodies acquired after infections may not be as effective against the variant. Moderna’s chief executive told the Financial Times he didn’t think his company’s vaccine would be as powerful against it as it was against the delta variant. The same day Regeneron said its antibody treatment may have to be updated to better fight the virus.

If those worries are confirmed, real estate experts believe omicron could worsen the already thin supply of homes for sale, affect mortgage interest rates, and ultimately result in higher rents in some parts of the country and lower rents in others. But it will be weeks before scientists understand how the vaccines, antibodies, and treatments stand up to omicron.

“Right now, we are looking at pretty severe reactions to the omicron news in the stock market,” says Tomas Jandik, a finance professor at the University of Arkansas in Fayetteville. “The residential market may be more immune to COVID because of what we have already seen in the past waves of the virus.

The discovery of the variant has led to steep drops in the stock market. The S&P 500 had its worst day since February, falling 2.3% on the day after Thanksgiving. The ups and downs have continued, as it lost almost 1.2% after the first case was confirmed in the U.S. on Wednesday.

Realtor.com® Chief Economist Danielle Hale believes omicron could lead to a continuation of the housing trends that have been playing out during the pandemic. Inventory is likely to remain scarce, prices will stay high but the growth in them will slow, and the popularity of the suburbs will endure.

“My expectation is omicron will have just a small effect” on the housing market, says Hale. “If you look at what happened with delta, there was a bit of a drop-off in listings at least temporarily. It will be somewhat similar [with omicron]. Some sellers might say, ‘Hey, let me wait for the wave of this pandemic to pass.'”

It likely won’t result in another temporary shutdown in the housing market, the likes of which were last seen in March 2020, followed by a frenzy resulting in double-digit price hikes and out-of-control bidding wars.

“I don’t think the impact on the housing market and the economy will be as severe as when COVID-19 first hit,” says Gay Cororaton, a senior economist at the National Association of Realtors®. “This time the economy is better prepared. People are already working from home. We’ve seen a rise in online services and deliveries.

“It could stall … the economy, but it will not create a deep downturn that [COVID-19 initially] had,” she says.

What could omicron mean for buyers and sellers

The uncertainty surrounding the variant “could force some people into paralysis and hibernation,” says Norman Miller, a real estate and finance professor at the University of San Diego. If omicron proves to be dangerous, it could push some potential home sellers to hold off and hunker down instead and buyers to wait out the worst of it.

But the pandemic is no longer new and the buying and selling process has already made necessary adjustments. So homebuyers may be more willing to continue looking—and to ultimately purchase a home.

“We’ve had a year and a half to practice virtual tours … and marketing. Some Realtors have learned to take their phone and go give a tour and let the buyers stay home,” says Miller. “We’ve taken some of the fear out of the process.”

On the flip side, omicron could wind up juicing demand for homes, particularly if it’s more dangerous than recent variants.

People could go back to working from home, and returns to the office may be delayed further, leading folks to want more space once again. It could also result in additional homebuyers feeling more comfortable moving farther outside of cities where they can get more house and property for their money.

“People are going to be looking for houses where they can work from home,” says finance professor Jandik. And if fewer sellers list their properties and demand rises even more, that could lead to prices surging once again.

Even with the severe housing shortage, the pullback in inventory may not be as disruptive as the holiday season and winter months are normally a slower time anyway. The next rush of homes isn’t expected to go up for sale until the spring. The hope is the variant won’t be a threat by then.

“I don’t foresee a pullback in buyer activity, transactions, or interest,” says James Monastero, the branch manager at the lender HomeVantage Mortgage in Raleigh, NC. “If they weren’t bothered last year, they aren’t going to be bothered this year.”

Mortgage rates could be affected by the variant

The big variable in the housing market is mortgage interest rates. Rock-bottom rates over the past year have helped to offset the steep home price increases, making monthly payments more viable. Rates had already been expected to rise going forward. Yet, the fear surrounding this latest COVID-19 variant could evolve into temporarily lower rates or rates may not rise as much as previously anticipated.

However, for now rates are expected to go up in the new year. And that means the party for home sellers expecting bidding wars with multiple offers over asking price will likely be coming to an end—or at least slowing down substantially.

“If mortgage rates go up, that’s the X factor,” says Jandik. “That may lead to a slowdown in demand because people may not be able to afford high-priced houses if their mortgages are going to be more expensive.”

Rates aren’t likely to fall much further as the government is winding down its support of the mortgage market. Lenders typically bundle mortgages together and sell them to investors to free up cash to make new loans. The federal government had been buying large numbers of those mortgage-backed securities, also known as mortgage bonds. But those purchases will be tapering off.

“It’s pretty hard for mortgage rates to go down with the government buying fewer of the mortgages out there and artificially supporting the low rates,” says real estate professor Miller.

However, investors typically put more money in bonds, including mortgage bonds, when the stock market is volatile—as it is right now following news of omicron. That could help to curb rates from rising too much—at least in the short term.

“As the uncertainty goes away, mortgage rates will go higher,” says Hale.

Then there’s the other matter of high inflation roiling through the economy. The average mortgage rate was just 3.11% in the week ending Dec. 2, according to Freddie Mac. That’s much lower than inflation.

With the Consumer Price Index hovering around 6.2% in October, lenders are likely to want more of a return on their investment, says Miller. That will likely result in higher rates.

“Rates are going to go up. The question is by how much,” says Miller. However, “the chances of a rapid increase in mortgage rates is very low.”

Will the suburbs remain popular? Will the big cities lose their luster?

At the start of the pandemic, many big-city residents who could afford to trade their tiny apartments for larger homes in the suburbs and beyond did so. But with the availability of vaccines and waning hospitalizations and death rates, some returned and other folks moved back in. Prices have rebounded for the most part, and rents are soaring.

It’s not clear if omicron could derail that progress, making the crowded urban areas less desirable yet again.

“In the near term, it reinforces work from anywhere. It does delay the return to offices,” says Mark Zandi, chief economist at Moody’s Analytics. “It reinforces the reasons people moved from the cities to the suburbs and exurban areas and smaller cities.”

“People have started returning to the cities. That could stall,” says NAR’s Cororaton.

On the sale side, most of the city denizens who were going to purchase another home in the burbs or the country already did so. That means another real estate rush outside of the cities isn’t likely. Instead it may result in the status quo with big houses in the suburbs remaining desirable with homebuyers.