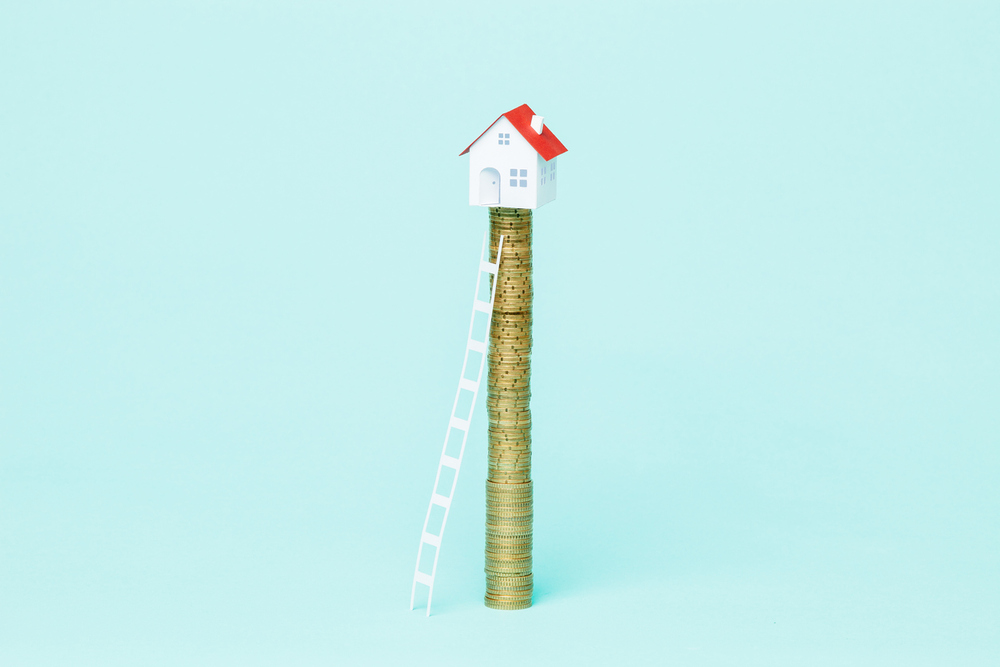 Buying a home just became a lot more expensive—and it’s expected to only get worse in the coming months.

Mortgage interest rates surged to their highest point since March 2020—the earliest days of the coronavirus pandemic—indicating that the heady era of locking in rates in the 2% range on a traditional home loan appears to be definitively over. Rates averaged 3.45% for 30-year fixed mortgages in the week ending Jan. 13, according to Freddie Mac.

Plus, many buyers are already grappling with rising rents, soaring inflation, and bidding wars pushing record-high home prices up even further. And it’s just the start of what real estate experts believe will be additional rate increases at a time when the housing shortage is expected to keep home prices high.

While rates haven’t even risen a full percentage point, from a low of 2.65% in early January 2021, the impact that higher rates can have on homebuyers quickly adds up. The difference of just 0.8% will tack an extra $130 a month onto the mortgage payment of a median-priced home of $375,000.  (This assumes the buyers put 20% down and took out a 30-year loan.)

Will home prices fall in response to higher mortgage rates?

The question on every homebuyer’s mind: Will higher rates lead home prices, which have been shooting up into the stratosphere, to finally come down?

Most experts believe that won’t happen because there are still hordes of buyers competing for homes during a severe housing shortage. Unless an influx of homes hits the market, prices will remain high and rising.

Instead, the pace of price growth could slow down, argue some real estate experts.

George Ratiu, manager of economic research at Realtor.com®, believes prices will continue to rise, but in the low single digits instead of the 15% annual rise seen last spring.

“With higher rates, there will be fewer buyers who can qualify for a mortgage this year,” says Ratiu. “This is going to slow down demand and take pressure off fast-rising prices. The buying and selling process will begin to look more normal. We can expect to see less competition and more price reductions. Bidding wars are going to be behind us.”

However, it could take a few months for prices to sort themselves out in response to the higher rates, says Freddie Mac’s Kiefer. He anticipates rates will remain volatile for a while.

“While I expect higher rates will cool demand a bit, we expect house price growth to stay pretty robust in the first part of the year,” he says.

Why did mortgage rates jump up—and will they go back down?

One of the biggest culprits behind the rise of mortgage rates is inflation. (Rates rose 0.23 basis points from 3.22% last week.)

Inflation, which hit 7% last month—its fastest rise since 1982—isn’t just making the cost of groceries, cars, furniture, and just about everything else go up. Typically, rates move in tandem with inflation, says Ratiu.

That’s because lenders saddled with higher rents, energy bills, and labor costs are going to pass that on to customers.

“If inflation continues to grow at the current pace, rates will move up even faster in the following months,” says Nadia Evangelou, a senior economist and the director of forecasting at the National Association of Realtors®. However, the Federal Reserve is taking steps to curb inflation, which could keep rates at least somewhat in check.

The other reasons rates are up are more complicated.

Lenders need money to make new loans. So to free up capital, they’ll often bundle up the loans they’ve made together and sell these mortgage-backed securities—aka mortgage bonds—on the secondary market to investors. They’re viewed as safer investments that won’t generate the big profits investors can reap in the stock market.

When the economy is shaky, investors often move money out of the riskier stock market and into bonds, driving up prices. Since mortgage rates generally move in the opposite direction of bond prices, “when investors sell bonds, rates rise,” says Ratiu.

Lately, investors have been more bullish on the economy, so chasing higher returns they’re pulling money out of bonds and putting it back into the stock market. In addition, the Federal Reserve is winding down its purchases of mortgage bonds.

The result: Bond prices are falling and mortgage rates are rising. Rates are expected to keep increasing as inflation sticks around and the Fed won’t be helping to prop up the mortgage bond market.

While this is unwelcome news for buyers, real estate experts urge buyers to remember that, in historical terms, rates are still low. They hovered in the mid-4% range in 2018 and bounced around in the 5% and 6% range in the aughts, starting the millennium with rates over 8%. In the early 1980s, rates hit about 18%.

“Yes, it’s a big jump,” says Ratiu. “But rates have been hovering near historic lows for over a year.”

Will homebuyers be discouraged by the higher rates?

While some potential buyers may no longer be able to qualify for a mortgage due to the higher rates, demand isn’t expected to drop off of a cliff.

Borrowers are often “shocked” by the increases, says Mike Villano, the national sales director of Veterans Lending Group. The mortgage lender specializes in Veterans Affairs loans with nearly two dozen locations across the country. Many of his borrowers think rates are still under 3%.

They may not be able to qualify for loans as large as they could have just a few weeks ago now, diminishing their buying power at a time when home prices are still going up. But Villano hasn’t seen buyers making any big changes, at least not yet.

“If rates do creep up into the mid-4% or even 5% [range], people will either have to spend less or they’ll go into cheaper areas,” he says.

Right now, the rise in rates could lead to a short-term burst in interest as those who were thinking of purchasing a home later in the year want to close before rates go up even higher.

Even with high prices and rates, owning a home is still more affordable than renting one in many parts of the country, if buyers can save up the down payment, find a home, and have their offer on it accepted. Nationally, the monthly mortgage payment on a median-priced home is $1,260—compared with the typical rent of $1,540, according to NAR. And rents have been rising rapidly over the past year.

Plus, there are more folks reaching peak homebuying years in the market.

But the housing supply hasn’t kept up with the population. Builders largely stopped building during the housing bust in the 2000s and haven’t been able to ramp up construction since. Investors scooped up many properties and turned them into rentals. Other residences were lost to age, natural disasters, and accidents like fires. That means there are fewer homes for more people.

These are some of the reasons lender Villano doesn’t believe rate increases will slow down price growth.

“People need homes, [and] there just aren’t enough,” he says.