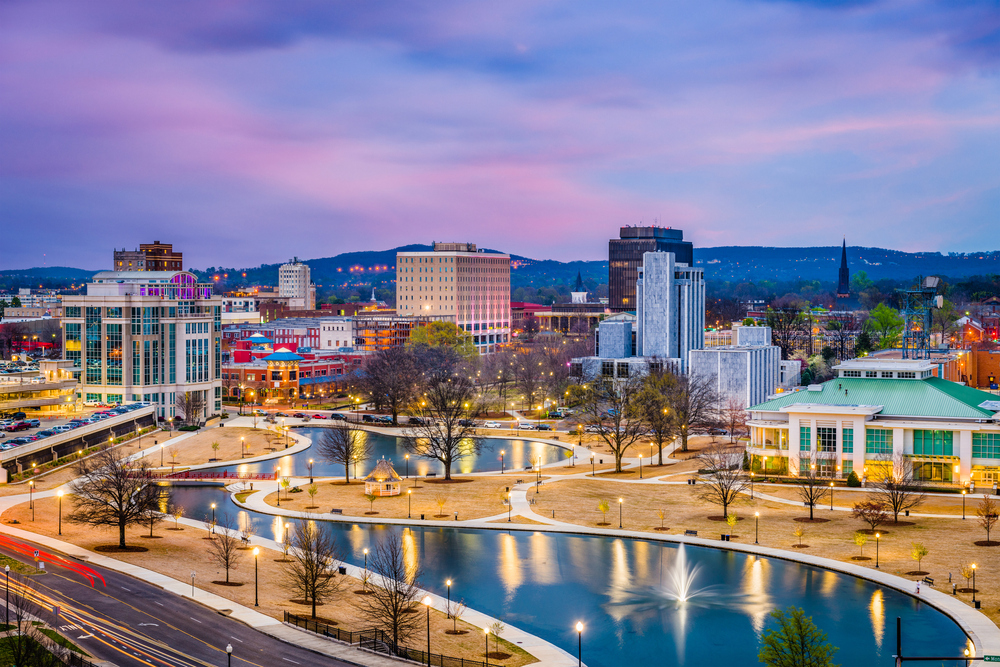 To some, Huntsville, Alabama, may seem an unlikely metro area to beat out 149 others in the U.S. News Best Places to Live ranking. With a population of less than 500,000, it's smaller than a significant portion of places on the list and it’s off the beaten path when it comes to vacation destinations or typical spots people consider when moving to a new part of the country.

But this northern Alabama metro area offers the affordability and quality of life that people seem to be craving after years of a pandemic that forced them to stay home, opened up opportunities to work from home permanently and urged many people to consider their top priorities in a place to live.

Huntsville ranks as the No. 1 metro area in the Best Places to Live in the U.S. in 2022-23 rankings, unseating Boulder, Colorado, after two years at the top. The Best Places to Live rankings are determined by factoring in housing affordability, the job market, net migration, desirability and quality of life, which includes crime rate, college readiness among high school students, overall well-being among residents, average commute time, access to quality health care and air quality. With particularly high scores in housing affordability and quality of life, Huntsville took the top spot.

Whether you’re a Huntsville resident, considering a move to the area or wondering if you should include Huntsville in your list of potential hometowns, we’re breaking down what makes Huntsville the Best Place to Live in 2022-23, why it beats out other places and what downsides you may need to compromise on.

In a national housing market where home prices are rising fast and buyers are frequently outbid as they compete to purchase a house, starting at a lower price threshold helps – and that’s what you’ll find in the Huntsville market.

Huntsville metro area residents spend 20.12% of the area’s median annual household income on housing costs, including mortgage payments, rent, property taxes and utilities. That makes it the third-most affordable place to live out of the 150 metro areas in the Best Places to Live ranking.

Homes may be purchased at a lower price point than in other parts of the country – especially compared to metro areas on either coast – but that doesn’t mean home values are stagnant in Huntsville. Redfin reports that the median home price in the city of Huntsville as of April 2022 was $326,000, 14.2% higher than the year before.

Multiple offers on a home and stiff competition among buyers can be expected, says Matt Curtis, a real estate broker whose firm, Matt Curtis Real Estate, is based in the Huntsville area. But as quickly as housing can be built, Huntsville is moving as fast as it can to meet rising demand for housing.

While supply chain issues have caused some construction to slow, “there are as many apartment complexes going up now as there were in the last couple decades,” Curtis says.

Wendy Payne, a travel agent who bases her agency, Travel With Wendy, in the Huntsville area, says much of the new construction caters to residents seeking more walkability. “In the last year or so they have really boomed with apartment and condo complexes, making it accessible and affordable in the downtown area and close to jobs – or even for people who are working from home,” Payne says.

A Metro Area Where Aerospace Rules

Major employers in the area tend to pay a higher salary, which helps make Huntsville more affordable for many people who live there. Of the 150 most populous metro areas in the U.S., Huntsville ranks seventh for its job market; that ranking factors in the average annual salary of the metro area as well as the unemployment rate.

For those in the aerospace industry, Huntsville is recognizable for its connection to NASA. The Marshall Space Flight Center is located in Huntsville on the U.S. Army Redstone Arsenal grounds, and the area has been a significant location for NASA since the peak of the space race.

The Army base guarantees rotating residents, bringing new people to the Huntsville area every few years before sending them to a new post. Curtis says that although many people move to the area for work relocation, he also sees people who have previously been posted in Huntsville decide to move back after retirement from the military.

Another factor that could bring defense, aerospace and tech jobs to the Huntsville area is the January 2021 announcement that U.S. Space Command would move to Redstone Arsenal, although that decision remains under review by members of Congress. Space Command’s current location is in Colorado Springs, Colorado, which is incidentally ranked No. 2 on the 2022-23 Best Places to Live list.

Payne says that in previous years, she felt bad for younger people who moved to Huntsville to work because there didn’t seem to be much to appeal to them in their spare time. But now, as more technology jobs draw young professionals to the area on a larger scale, she sees local businesses, from microbreweries to eclectic fast-casual dining options, catering to the more youthful crowd as well as the families in the area.

For the 2022-23 rankings, U.S. News incorporated data from the U.S. Environmental Protection Agency’s Air Quality Index for each of the 150 metro areas on the list, measuring the air pollution and health concerns posed by such pollution. AQI is measured on a scale of 0 to 500 – the higher the number, the more pollutants in the air.

Huntsville ranks 16th out of the 150 metro areas on the Best Places to Live list for air quality, with an average AQI of just 39.8, which means that on average, air pollution poses little or no risk to anyone in the area.

There’s plenty of opportunity to get out and take advantage of the clean air as well. The Land Trust of North Alabama cares for eight public nature preserves and more than 70 miles of free public trails, according to its website.

"Huntsville is a great place for outdoorsy people. There's no shortage of greenways, hiking trails, scenic views, waterfalls and opportunities to kayak, paddleboard or go fishing," wrote Zenovia Stephens, founder and CEO of the nonprofit Black Kids Adventures Inc., in an email. Stephens lives in Huntsville with her family and frequently takes advantage of the outdoor options the northern Alabama area has to offer. She started Black Kids Adventures with her family when they noticed few Black families taking advantage of the outdoor recreation opportunities in the area, and wanted to see that change.

Are People Pining for Huntsville?

Despite all that Huntsville has to offer, there doesn’t seem to be widespread yearning to live in Rocket City among the general public. U.S. News conducts a SurveyMonkey survey each year to determine the desirability of the metro areas considered in the Best Places to Live ranking. With approximately 3,500 responses from U.S. residents who were asked where they would prefer to live, given the choice, Huntsville ranked No. 81 – ahead of many other places on the list, but in the bottom half.

Huntsville may be a well-known spot in the aerospace industry – or if you’ve ever dreamed of going to Space Camp – but it may be overlooked by those unfamiliar with it. In the U.S. News 2021 ranking for Best States, Alabama ranked No. 46 out of 50, placing the state in the bottom half of rankings for categories like health care, education, economy, infrastructure, opportunity, natural environment and crime and corrections.

While the rest of the state’s economy and job prospects don’t seem to be flourishing, Huntsville’s are growing quickly. Jacque Proctor Reeves, an author of history and true crime who lives in Huntsville, explains that it’s nothing new for the northern Alabama metro area.

“Huntsville has a knack of reinventing herself,” Reeves says, pointing out that Huntsville has historically been able to shift fairly smoothly to meet modern demand, repeatedly embracing new industry from mills to military factories to aerospace. Federal investment in Huntsville and national attention on the city during the Space Race also contributed to the city's desegregation in 1962 – the first city in Alabama to do so – which was nonviolent.

Reeves says that when she speaks with people from outside the U.S. who visit Huntsville, the concept of Southern hospitality comes through, but many are quick to note that Huntsville seems a little different – a common theme when people are talking about the Rocket City.

“Huntsville is kind of a different pocket from the rest of Alabama,” Payne says. That narrative is common when discussing the Rocket City as it compares to the rest of the state it’s located in. Payne attributes it to the international influence that’s been around since NASA drew new residents from all over the world to Huntsville beginning in the mid-20th century.

Stephens echoes the sentiment: "Huntsville is a melting pot, and I don't think any other city in (Alabama) can compete with that," she says.